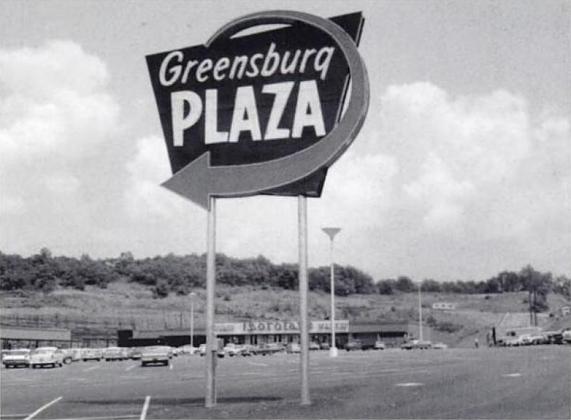 The practically undeveloped landscape surrounding the Greengate Mall began to shift dramatically into a sprawling collection of several major "category killer" anchored shopping centers, restaurants and various small businesses by the early 1990s, which coincided with the construction of PA Turnpike 66, or officially known as the Amos K. Hutchinson Bypass. Up until this point, the only major shopping centers in the mall's immediate vicinity were the Gabriel Brothers Shopping Center and the Greengate East Shopping Center.

Formerly the Greensburg Plaza, the Gabriel Brothers Shopping Center opened in 1963 on the former site of the Odin Drive-In Theatre. It was originally anchored by Kmart, which operated there until it closed in early 1996. A Gabriel Brothers discount retailer and several specialty stores currently operates at the shopping complex. Just a stone's throw away from the Gabriel Brothers Shopping Center is the Greengate East Shopping Center, located across North Greengate Road. Built as an ancillary building to Greengate Mall, the convenience center opened in the early 1980s featuring a Giant Eagle supermarket and about a dozen small businesses and services. In early 1998, Giant Eagle left the site for a larger building at the nearby Hempfield Square shopping center and would subsequently be replaced by a Big Lots discount store among other tenants that same year.

In this section of Greengate Mall Revisited, we will talk about some of the areas near the old mall, which have changed dramatically throughout the years. Built to improve traffic flow through Downtown Greensburg, the first phase of the $289.4 million dollar expressway opened on July 13, 1993 from U.S. Route 119 to U.S. Route 30, about a mile west of the Greengate Mall. The remainder of the highway, from U.S. Route 30 to U.S. Route 22, opened on December 9, 1993. Since the highway opened, a lot of development has taken place in the area, including Hempfield Plaza, Hempfield Square and Hempfield Pointe. The Amos K. Hutchinson Bypass was named in honor of a former state representative from Greensburg, who was responsible in getting the highway built.

If you lived during the 1960s, coincidentally also the same decade when Greengate Mall was built, you probably remember listening to WHJB-AM, the Greensburg-based radio station which would later become WKHB-AM, now licensed to the nearby borough of Irwin. While WHJB's studios were located in Downtown Greensburg, they also operated the directional site off of U.S. Route 30, west of Greengate Mall. The towers were erected around 1948, and existed for nearly 50 years before the site was bought by the developers who built the Hempfield Square shopping center. The photos below show what the directional site once looked like before the development took place, from the time the towers were erected until the final days. 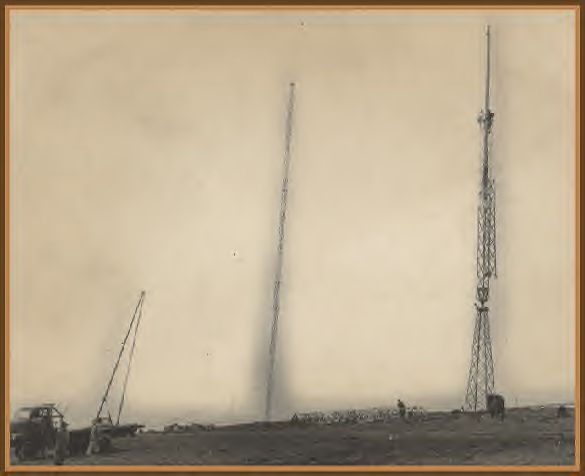 The towers are being erected on the site.

One of the towers soon after completion. 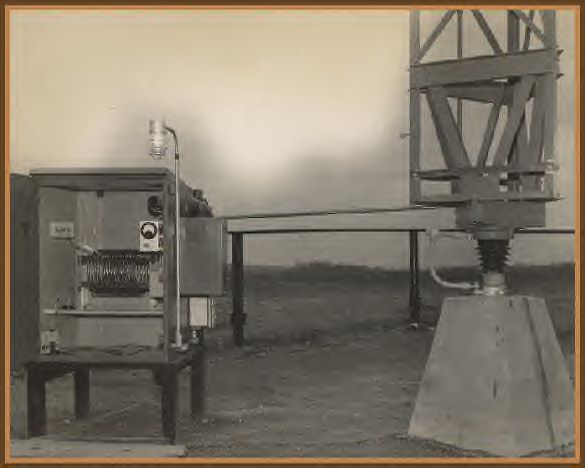 Here's the base which supported this tower.

The sun sets on the last day the directional towers stood. 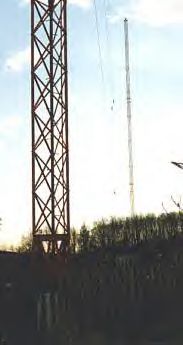 Each tower was supported by guy wires, which required more land than a self-supporting tower.

A piece of one of the towers sits on the ground. 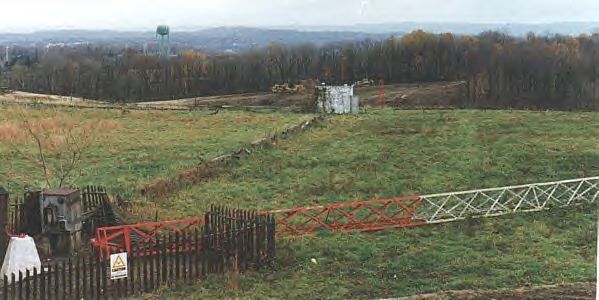 Looking east at the directional site. You can also see the water tower out in the distance, which services the Hempfield Heights apartment complex, formerly Greengate Gardens. 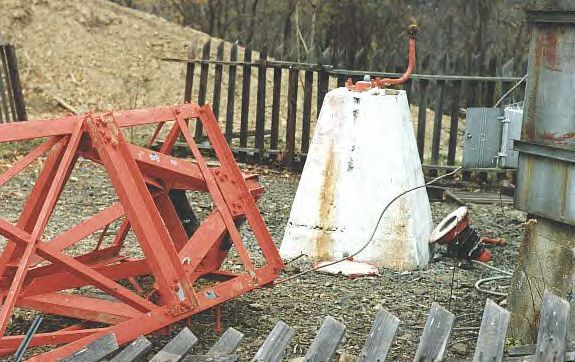 This tower has been taken down, leaving the base behind.

Grading work has started on the site to make way for the new Hempfield Square shopping center. Meanwhile, the backup FM tower was left standing for a couple more months and used by WHJB as a temporary antenna until the new site was ready.

Located at the intersection of U.S. Route 30 and South Greengate Road in Hempfield Township, the headquarters of the Municipal Authority of Westmoreland County (MAWC) was built in 1964 at a cost of about $350,000. The MAWC provides water service to approximately 115,000 customers in a service area equal in size to the state of Rhode Island. The headquarters of the MAWC was put on the market in late January 2005, and was sold only three months later to Walnut Capital Acquisitions, Inc. of Pittsburgh for $6 million. The 16.1-acre site was redeveloped into a strip shopping center called Lincoln Place, presumably named for the Lincoln Highway that fronts the site. It currently features a Walgreens pharmacy, among other shops and restaurants.